People turn to Payday Lending because banks are more costly??

I came across this very interesting article about payday lending.  If you recall, I had posted links to a movie about how these lenders take advantage of the 'unbanked' by charging high effective rates.

Turns out, the payday lenders may not be as expensive as the banks people are trying to avoid and the users of these services may be smarter than most will admit.

TURNS OUT THAT PAYDAY-LOAN CUSTOMERS ARE PRETTY SAVVY BORROWERS 
Share on linkedinShare on twitterShare on facebookShare on emailMore Sharing Services0

Conventional wisdom might lead one to conclude that payday lending is a scourge upon the Earth and an institution dedicated wholly to feasting on the financially disadvantaged and entrapping them unwittingly into an unending cycle of interest, fees and renewals intended to turn a $500 loan to buy groceries into a lifelong commitment. One also might reasonably begin to expect that their days may be numbered as the CFPB prepares to wipe their societal contagion from the face of the earth with purifying regulatory fire.
But recent data released by the CFPB seems to indicate that the conventional wisdom may be wrong on both counts.
An analysis of the complaints received by the CFPB  from consumers in its first three years indicates that payday lending isn’t really that big a problem insofar as only roughly one percent of the consumer complaints are related to payday loans. Mainstream financial products and services such as mortgages and credit cards dwarfed payday lending for the volume of complaints received. When debt collection is added in, those three areas accounted for roughly 66 percent of customer complains, reports American Banker.  This data is corroborated by FTC data that essentially reveals the same thing–payday loans represent about 1 percent of consumer complaints.
The CFPB data also revealed that if overdraft protection, the mainstream alternative to a payday loan, were evaluated in the same APR terms that payday loans are, they can come off much worse –in some cases clocking in at around 1700 percent (as opposed to the totally reasonable APR average of payday loans–350 percent). Moreover, the CFPB study noted that understanding short term loans in terms of APR may be less than helpful, since consumers prefer to evaluate the loans in terms of fees charged in dollars.  [click to go to article site]
Posted by David C Barnett at Thursday, October 02, 2014 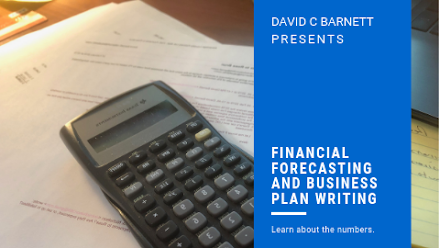