Legal Crowdfunding for Startups wanting to sell shares? Several provinces may be approving this soon..

I love this article.  It gives me real hope that there will soon be even more ways for small businesses to raise money.

Through my lending efforts I help a few local businesses.  This is the topic of my book, Invest Local.

By opening up crowdfunding for equity issues, there is the real possibility for companies that do less than a million dollars in sales to develop a distributed group of shareholders. I see small company share issues being used as marketing tools.  Much like when Sam Adams brewery made a share sale offering in its cases of beer so that fans could become owners.

This could make it feasible to raise as little as a few hundred dollars from each shareholder and put together an impressive sum of capital.

If it gets approved in New Brunswick, maybe I'll use it to set up a venture capital fund!

Canadian entrepreneurs eager to use “crowdfunding” to raise capital may soon get the chance, as most of the country’s securities regulators unveiled proposed rules Thursday for selling equity over the Internet.
But investor-rights advocates warn the new rules could expose even more investors to fraud. And crowdfunding enthusiasts, while welcoming the proposals, said some of the new rules were too restrictive, and could hamper the growth of what they see as the future of raising startup capital.
The Ontario Securities Commission, for example, would allow companies to raise a maximum of $1.5-million in equity in any 12-month period through crowdfunding. Individuals would be able to invest no more than $2,500 in a single project, to a maximum of $10,000 a year.On Thursday, securities commissions in Ontario, British Columbia, Quebec, Manitoba, Saskatchewan, New Brunswick and Nova Scotia announced proposed rules to regulate the raising of limited amounts of capital, and the selling of shares, through crowdfunding websites. While many of the proposals are similar, some provinces have proposed different limits.
But the British Columbia Securities Commission says it would allow companies to raise just $150,000 per offering, twice a year. Investors would be limited to a maximum of $1,500 in a single offering.
To address widespread concern about fraud, regulators have proposed a lengthy set of restrictions. Crowdfunding websites, or portals, will have to be registered with securities commissions as “restricted dealers,” and comply with minimum capital and insurance requirements as well as various reporting rules.
They would be required to do background checks on companies and their directors or officers who are raising equity on their sites. The OSC says it will be the responsibility of a portal to shut out issuers it believes are fraudulent.
But some feel these safeguards may not be enough.
Neil Gross, executive director of the shareholder advocacy group FAIR Canada, said that with so much stock fraud already targeting unsophisticated investors in Canada, regulators have not weighed the costs and benefits of crowdfunding.
“The question is how much loss and financial ruin are these provisions going to cause, and how does that compare to the benefit in terms of funding of new companies that this is likely to generate?” he asked.
Canada’s nascent crowdfunding industry largely welcomed the proposals, but said they may need fine-tuning.
Sandi Gilbert, founder of Calgary-based crowdfunding portal SeedUps Canada, said one issue is a provision that would not allow those currently registered under existing securities rules, like her company, to also take advantage of the new registration for crowdfunding portals. This could make raising capital more expensive, she said, as many companies would need to pay fees for both.
“If this looks like it is still going to cost an issuer $50,000 of out-of-pocket money before he can go raise his $250,000, it is not going to work,” she said in an interview.
Crowdfunding has exploded in recent years as a way to raise small donations for projects ranging from films to video games to gadgets. The producers of the Veronica Mars movie earned huge publicity last year when they raised $5.7-million (U.S.) on the crowdfunding platform Kickstarter to fund their feature film.
With a growing number of small firms seeking financing through the Internet, securities regulators worldwide are facing pressure to allow companies to issue shares in exchange for funds they receive.
Meanwhile, the OSC announced another landmark proposed rule change on Thursday, which proponents say could allow new ventures to raise billions of dollars.
Under the proposal, Ontario would adopt rules similar to those in other provinces, that would allow investors to invest a maximum of $10,000 in a business that produces an “offering memorandum,” a disclosure document that falls short of a full prospectus. Investors who meet certain net asset thresholds could invest up to $30,000. Industry groups that lobbied for the changes praised the move in general but said the proposed limits were too low. [full article page here]
Posted by David C Barnett at Monday, September 15, 2014 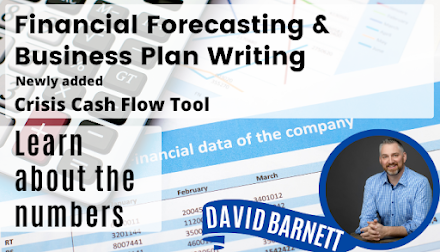